To be a good “man’s movie!” and to make it onto my list it needs to have a couple of things right off the get go. But just having these things isn’t enough; it needs to excel at them. Here is what they need to have:

1. Simple Plot:
More often than not you will have a perfectly good movie (or tv show) ruined simply by adding
too much drama. Things just don’t work that way in the real world; this is especially true for men, who try extremely hard to
K.I.S.S.

2. Action:
You like falling asleep in your movies? Then go be a WOMAN and watch The Sound of Music! There has to be something interesting, something moving, and we can’t feel like we are moving in circles! (hello Harry Potter…)

3. Love:
Now I am sure women everywhere will be up in arms over this one, “what do you mean LOVE, you guys HATE love…” and that is just hog wash. We hate drama, drama, drama, and they lived happily ever after. That’s called a fantasy, not love, for as soon as they
got married after drama, drama, drama, you know what it would be? DRAMA EVER AFTER! Guys want love to be in their movies, just simple love. “I love you, you love me, I’ll kill someone if they try to hurt you, etc etc”

4.    Honor:
This is tied in with Love. No one wants to see some jerk off be the hero sleeping around with a hundred women and saving the day. I am sorry, James Bond is for a very special bread of inbreeds who find that charming. My university professor at the UofM
would kill me for adding this because he didn’t like words like valor, honor, etc, because “they have no meaning and are used solely for propaganda”, to that I would just politely say that when someone has it we all feel it, and when you know you don’t have it yourself you either strive to obtain it or hate them for it. The easiest way to make someone feel better for not having those things is to pretend they don’t exist/ take them out of culture all together. Don’t let them do that to our movies, they need to be in there!

Why does this movie deserve to be here? You would only ask that if you haven’t seen the movie! A man driven by honor and the love of his family doesn’t give up when the going gets hard and saves the day. If tears are not flowing at the end of this moving you are not a man! If you have not seen this movie you need to call your guy friends up TODAY and watch this classic movie.

The fact that I have Viking blood in me doesn’t change the fact that this is an awesome movie.  This movie went largely unnoticed which saddens me because this is one of the greatest guy flicks to date. Simple plot based loosely off of Beowulf and the Dead Eaters this flick doesn’t disappoint.

Another movie that went under most peoples radars. I found this movie in a $5 bin at Walmart and after having watched the movie for the first time I wanted to go back to the store and pay them more; since I had grossly underpaid them for such a classic. The battle scenes in the movie will make Saving Private Ryan look like a walk through a candy store as they are so brutally realistic. The love story in it is simple but beautiful, and the scenery is breath taking. This movie is an absolutely wonderful flick for a guy’s night.

As the title suggests this movie is Kick Ass. The fact that this movie also contains Nicolas cage might have some people scratching their heads and wondering how a movie with such an actor can make it to this list- it would almost be as bad as Ben Affleck right? Wrong in this case! Big Daddy (played by Nicolas Cage) is a wacked out father who has basically lost most of his fries from his happy meal; and surprisingly is played very well by the Cage. Needless to say Big Daddy is not the main character in the flick in a cast of all stars
who pulled this off masterfully.  Shut up and say/do nothing; or Kick Ass?

This movie is what Saving Private Ryan failed to be; a movie without Upham. You want to see American Soldiers up close and personal, what they really are? Watch this flick and burn every copy of Green Zone you can get your hands on. Realistic depiction of real world events (and another liberal politician doing everything they can to kill American soldiers- thank you Mr. Clinton!) to a T, this movie is a must watch for everyone wanting the truth and not just another M. Moore gong pile. Amazing true story.

tears of the sun

I loved this movie before I went on my mission and AFTER going on my mission and spending a good portion of that mission around Africans this movie became even better. If you haven’t had time to chill with a West African you haven’t lived; they are some of God`s greatest. This movie does what most movies don’t do, 1. Paints Americans as the good guys (I know crazy right?) and 2. Paints Africans as the wonderful people they are who RECOGNIZE Americans to be the good guys. I have spent a lot of time around Africans and let me tell you, they KNOW we are the good guys. Amazing flick showing what beats in the hearts of most Americans.

You want Mel before he went crazy? You didn’t like Brave Heart because of its plastic axes and unrealistic portrays of actual historical events (when was the kilt first used?)? You want a real depiction of what war was like in Vietnam? You want to avoid needless drama in a war movie (COUGH* enemy at the gate… COUGH* windtalkers…) this movie has all those things. Truly one of a kind sound tract this movie will make just about anyone emotional. Great movie by one of the great actors of the past, this movie will not disappoint.

Only (non-Disney, hehehehe… Screw you Lion King and Up!) movie to date that had me crying within the first half hour of movie experience. This movie has THE best soundtrack of any movie to date. Unreal how good this sound track is; it will blow you away. This movie is about a father who loses a son and due to faulty law system the murderer gets away. This movie will blow your mind with how life like and realistic the feel is the whole movie. Worth watching!

This movie needs to be on the shelves of every man who is still breathing air. This movie has it all, and it even has Natalie Portman before she went crazy Black Swan style. This movie will make you laugh, cry, yell out and cheer- fantastic classic movie that should be on every man's “must watch list”.

A little bit stupid? Possibly… A little bit over the top? Yeah, probably… But on principle alone these movies should be watched. If nothing else you and your boys will have a good laugh as things unfold. As tokens to the past these movies have more in them than people are willing to give them. 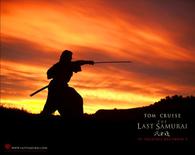 Action, Love, Simple Plot, Honor, + Awesome Asian History. If you are a fan of Asian history, and of that of the Samurai (and even Ninjas make an appearance!) this movie is a must. Done well this movie delivers on a genre that really doesn’t exist in the US; that of Samurai based movies. They are all over in video games, why they don’t have more screen time is a mystery. Don’t miss out on this journey to the soul of Japan.

Can Sci-Fi movies also be on here? Yes they can… Love, honor, simple plot make this an instant classic. Aliens in South Africa? Separated like garbage and treated like animals? What an amazing and interesting concept eh? This movie proves that you do not need large Hollywood actors and large amounts of money to make a great flick. A landmark for movies everywhere just like Predator was.

Not the awful sequels, not the mediocre AVP’s- PREDATOR is a cult classic for good reason. If you don’t bust up laughing when you hear “get to the choppa!” you have issues. This movie is fantastic, and don’t let some funny lines make you think otherwise- they only help the movie with an over the top realism feel. “I ain’t got time to bleed…”and other one liners make this movie memorable and a must see with a group of guys. Awesome from start to finish, and the graphics to this day are still impressive. Predator is still a landmark for movies. 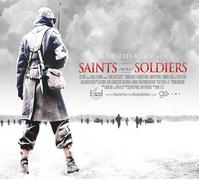 I can’t say enough about this film. This movie takes war and addresses the large and complex issues of morality and God and how they line everything in war; with everyone finding God or shunning Him. This movie was the first to date to try and tackle God and war and be successful at it as far as I am concerned. This movie hits it on the head and deserves a place on my list. 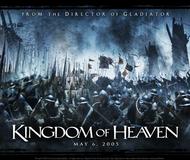 Not a huge fan of Orlando Bloom but I have to say this has to be one of his best performances (if you don’t include his staring off into space performance of Legolas or his falling off the chopper performance in Black Hawk Down… cough…) If you are a fan of the time period this is done very well without needless drama (COUGH* Last of the Mohicans) listening to someone scream “I WILL FIND YOU!” This movie is not bad, if you just want a dude night out with some wings, this movie will deliver the goods. 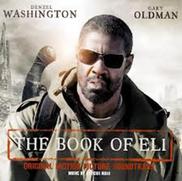 This movie (like Saints and Soldiers) attempted to bring God into the equation in a realistic fashion. This is dangerous because you will almost always offend both parties. The religious people will not like it because of its realistic depictions and life threatening struggles (I mean it’s not like there are any stories in the scriptures of people cutting people’s heads off… right?) and so they will scream “Satan worship!” and run for their Bibles and read Psalms, Proverbs, and Revelations and call it good. And the non-religious crowd will of course feel like “religion is being forced down their throats” because they… whisper* mentioned God… So It was and always is a fine line to tread. In this case I feel like this movie offended both crowds unjustly and people needed to grow up. This is an awesome film with REAL LIFE applications of religion, not some“comfortable religion tale”. I give props to Denzel for doing this movie,amazing acting and even better story. This movie will go down as one of my all-time favorites.

This movie came out at the same time as Gladiator and this movie is just as good and even has the same songs and storyline-it just takes place in a different time period! Not getting the attention it deserved as it became the “little brother” of Gladiator, this movie is amazing and features some of the best child acting
to date! (Sixth Sense aside) This movie should be placed beside Gladiator as some of the best acting and screen writing of this generation. Based loosely on a series of true events this story is emotional, gripping, and doesn’t leave any wanting. 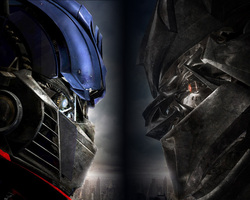 © Ashley and Micah English and The II, 2019. Unauthorized use and/or duplication of this material without express and written permission from this site’s author and/or owner is strictly prohibited. Excerpts and links may be used, provided that full and clear credit is given to Ssenkrad_II and The II with appropriate and specific direction to the original content.