Books, Poems, or anything in-between, this is a list of everything we have read in the last year and how we have felt
about our reading. This can be religious, funny, or otherwise anything that has words on paper! These also do not have to be writing in this year, only things we have picked up for the first time during this year!

A Year Down Yonder

A Long Way from Chicago

Fablehaven: Keys to the Demon Prison

Fablehaven: Secrets of the Dragon Sanctuary

Fablehaven: Grip of the Shadow Plague

Fablehaven: Rise of the Evening Star

And the Mountains Echoed 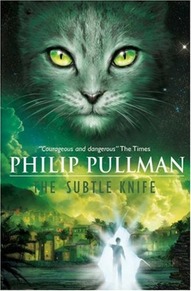 This is the second book in The Golden Compass trilogy. We follow Lyra as she ventures into another world where she meets Will, a boy who is also on a quest of his own. We see other characters from the first book in this one- the witches, Lee Scoresby and of course the evil Mrs. Coulter. Overall this book was not quite as exciting as the first but it was still a pretty unique fantasy. I cried at the end and hope the third book isn't so sad! 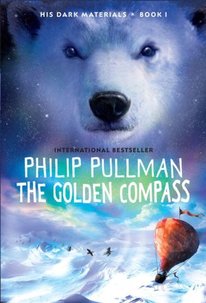 I wanted to read this series ever since I saw the movie, The Golden Compass, years ago. Of course I started with book one even though the movie was based off of this one. Overall I found that they did a very good job turning the book into a movie as they had kept most things from the book. I love Lyra and her intense curiosity and determination! I love how humans have "daemons"- little animals that can never leave their side, who they can talk to and share emotions with. I call Flynn Micah's daemon because he follows him everywhere! I love Iorek the armoured bear! There are just so many unique things and characters in this book. The story in very intriguing and I like the writer's "voice". The one thing I was worried about was that I heard the author say he was "trying to kill God" in his books. If that is the case I could not see it- this is just a cute story about a girl and her animal friend saving the day. 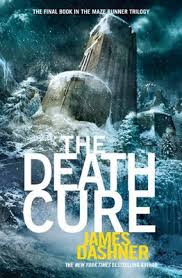 This is the last book in The Maze Runner series (although there is a prequel). The first book of this series was amazing but I found myself not liking this book as much. Without spoiling anything, I'll just say that I didn't like the Teresa-Thomas-Brenda relationship and how Thomas could never forgive Teresa. I also found the ending to be a little rushed. Overall a great series but this last book didn't stand out in any way for me this time. 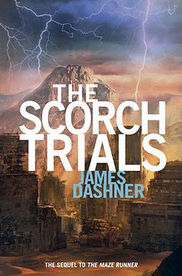 This is the second book in The Maze Runner series. Not quite as good as the first, this book is still great; one of the better series I have read in awhile! I love how as you read your emotions mirror those of the characters- for example, you are just as confused about WICKED as the boys are! I can't really explain what this one is about without giving away stuff from book one so I will just say it continues to follow what's left of the group of boys from the maze as they have to go through another trial of survival! Once again, the ending leaves you reaching for the next book as the author slowly gives you more pieces of the puzzle and ends the book with a bigger hint. Great writing, both boys and girls will like it which is nice as a lot of the books I have read are just focused on girl readers! 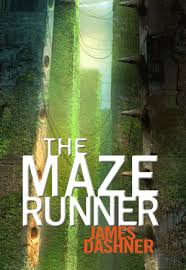 I just finished reading The Maze Runner! I got this series because Elder Hirschi's mom recommended it based on the other books I have read. Thank you Sister Hirschi! This was a fantastic book and I am so excited for the movie that comes out in September. The book starts off with Thomas (love him!) finding himself in a box not being able to remember anything. Suddenly the box starts to move and delivers him to a group of boys who talk funny and don't have any memory just like him. He learns that the boys, and now him, are stuck in a maze and they have been trying to escape for two years now. Thomas immediately feels the urge to become a maze runner to help them escape. Crazy things start happening and the ending will leave you reaching for book two as soon as you are done! This book reminded me a little of Lord of the Flies and Divergent/Hunger Games. Great story telling and great characters! Oh and the author is a member of The Church of Jesus Christ of Latter Day Saints :)

And Then There Were None 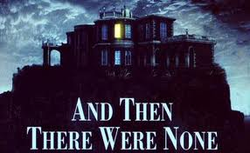 I read this book because Micah recommended it! Also, the movie Devil was supposed to be based off of the book so I thought I would give it a try because I liked the movie! This mystery book written by Agatha Christie was overall a really neat book! The ending will leave you really surprised at who the killer of the guests on the island really was! I did not really like the writing style, but the story was pretty unique!

I picked up this series because the movie of the first book is coming out in March and I like to read the books first! I also was interested because the author, Veronica Roth, was quite young when her trilogy got picked up by a publishing company- 21 years old! This series is quite comparable to The Hunger Games or the Matched Trilogy as it once again explores a dystopian world through the eyes of a girl teenager. The first book of this series, Divergent, was actually pretty good. It follows Tris who has chosen to join the Dauntless faction and leave her family behind. I like how it shows her getting stronger and how she faces her fears. The second book confused me though, because now she is portrayed as a weak girl who can't bear to hold a gun! Once I got to the third book I was honestly a little bored and just wanted it to end... Also, the ending will not leave fans very happy... I'm glad I read the series, but I'm not really sure what the fuss is all about- better books have been written in this same genre. 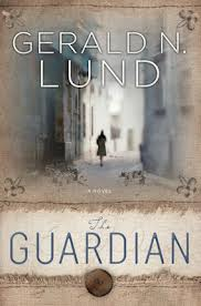 I got this book for Christmas (2013) and it is written by the same author who wrote The Work and the Glory. This book was very different from the other books of his I have read. First I would say that the audience for this book is younger- I think girls ages 13-15 is the perfect age group. Also, this is the first book of his that is set in the present day. The protagonist is a 16 year old girl, which is remarkable because Lund is in his seventies! He says he got a lot of help from his grandchildren to write the teenage dialogue! Anyway, fun book to read- the story is about a girl who gets a family heirloom for her birthday- a pouch called The Guardian. It turns out it has magical powers and when her family is kidnapped and held hostage, the pouch helps her save the day. Like I said, I would definitely recommend this to a younger audience, but still fun!

Final Grade: 3 out of 5 stars
© Ashley and Micah English and The II, 2019. Unauthorized use and/or duplication of this material without express and written permission from this site’s author and/or owner is strictly prohibited. Excerpts and links may be used, provided that full and clear credit is given to Ssenkrad_II and The II with appropriate and specific direction to the original content.