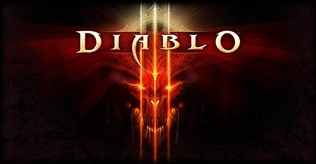 This one is hard for me because DI and DII were basically golden. This game on the PC was and still is terrible. I wouldn’t recommend buying this game on the PC for any reason. If you were a fan of the originals, you know, loot grinding versus masses of enemies, OFFLINE, levelling up and customizing not only your champ but your follower, or playing coop with your buddies, loving the dark gory feelings of the bowels of the earth, etc etc- this game is a total piece of smelly cow dung, SERIOUSLY! There is no way around it folks! If you liked them for those reasons you will find yourself laughing throughout the entire very laughable campaign, find yourself pissed off because you can’t even give yourself skill points when you level up, your companions literally are totally worthless- deal no damage and have basically worthless passives- AND you can't even use them if you are IN COOP! Seriously the list could go on and on, but basically this is a train wreck… Now let’s say you  hated the first games and are more of a fan of MMO’s, you know, the ones where you have to play online and have good internet, don’t play for the story because all you like to do is kill random groups of randomly spawning enemies only to repeat once again because all you really want to be is better than the other guy and duel him. If you like THAT than you will find this to be a so-so overpriced and glitch filled game. Seriously the only saving thing about this game was and continues to be overlooked- console versions. Console versions of this game allow you to play offline, play mostly coop with system link abilities, and no auction house and dueling to drive the game play along. Basically the console version gives you a very weak version of what you were expecting in the real version of the game on the PC. The version on the PC being a total waste of space. Bottom line is this, on the CONSOLE I would give this game a 20$ value and on the PC I would give it a “Play for Free” value, meaning I wouldn’t pay a cent to play this on the pc or recommend to any of my friends OR enemies to do so as well. If you have system link abilities and love coop I would give the console version of this game a 30$ value.

Overall Value: 2/5 stars, or under $20 value for console version. I would not recommend buying a copy for the pc at all, 1/5 value or “Play for Free”. 3/5 stars, or under $30 value for system link players who love co-op.
© Ashley and Micah English and The II, 2019. Unauthorized use and/or duplication of this material without express and written permission from this site’s author and/or owner is strictly prohibited. Excerpts and links may be used, provided that full and clear credit is given to Ssenkrad_II and The II with appropriate and specific direction to the original content.