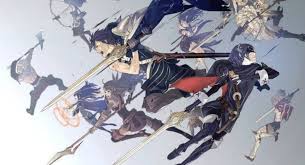 Everyone else: 0.5/1
This is the kind of game that everyone can play, there really isn’t a group of people who would HATE this gameplay. You can make the game as easy or as “hard” as you like (will get to this later) and can even auto-battle and skip animations if you would rather get to the “making babies storyline” faster and avoid longer battles. It is a “tactical turn based grid” style of game but doesn’t have any of the fun “tactics” that typically go with these style of games (Jean of Arc, Final Fantasy Tactics, even older Fire Emblems) so there really isn’t anything alienating in the gameplay but nothing really fantastic either.

Pay to win, simple as that. The game is $40, which is huge, but also has (already) over $70 and counting in DLC that is 85% pay to win. They don’t even hide it, with a map called “Endless Regalia” and one “EXPonential Growth”, etc etc. You want endless money? Buy the map! You want an easy map to gain EXP? Buy a map! You low on in game money? BUY A BUY BUY BUY BUY BUY! Clears throat*… This kind of crap is unacceptable in my books and a game that charges over $100 for the game will never get anything more than a zero in this category as far I am concerned. Times could be changing, pay to play/win/continue whatever could be the future, but it is not a future I want.

Not much to control and most of it can be “auto-battled” but what you can control is just fine on the Nintendo 3DS.

It is a Nintendo 3DS game, there isn’t any problems with it running smoothly.

Amazed that a game that features people with NO FEET can possibly, ever, on anyone’s grading, could pull off anything above a 50%. I repeat, no one in the game has feet. Let me say this one more time for those that are shrugging their shoulders and saying “what’s the big deal?”- no one in the game (in cinema scenes or battles) has feet, period. This would be like not having hands or not having a head for crying out loud, these people are warriors that are fighting WITHOUT FEET?! It is the most ludicrous thing you will ever see. At first I thought it was a glitch in my game and looked it up online to see if there was a patch or something- nope, just no feet. For a game that doesn’t even attempt to put a full human body together I subtract 0.5 immediately. The rest of the game you will find yourself squinting because everything is too small and you wish you could zoom in once more but can’t so you end up going blind.

Everyone else: 0.25/1
This is the worst storyline of any Fire Emblem game to date. For a game series that built itself on intense tactical turn based combat and phenomenal storytelling (Fire Emblem Radiant Dawn’s story was brilliant) they really dumbed things down. There is nothing new in the story and it isn’t even delivered in a believable or memorable fashion.  Things happen and you go “oh, so that is what’s happening” and then find out 3 chapters later that that IS what is happening and no one saw it coming somehow (you have a sword where there is only one of it on the entire planet and someone shows up wielding that same sword and dressed in your clothes… what is your first thought?) as you are left with nothing but a case of dull brain numbing.

You like “making babies”: 1/1
My goodness, I never knew this was a thing until I played Agarest (because of its fantastic reviews) and realized that 95% of that game’s “game play” was playing match maker and making babies… Unreal… Never knew this was a thing, but it is! So if you like pairing people off and “GO MAKE BABIES!” which will then give you children that you can grind for more countless hours then this story is for you. Lots of babies to be made here.

I can name a half dozen games off of the top of my head that do what this game does and in fact pull it off better than this game does. Because of the graphics in this game being so weak some of these games are 10+ years old and can still go side by side with this game and hold their own. Shining Force and Warsong for example were both for the Sega Genesis and both boast hand drawn worlds and characters so that graphics are just as relevant today as they were then and both of those game offer more in the way of uniqueness and overall quality than this game does- not to mention a drastic, DRASTIC difference in price. Even on the 3DS home front there are games that have been ported over such as Disgaea that are a hundred times the game that this game is. Basically, this game is a swimming minnow in an ocean of killer whales.

The first 5-10 hours the game are fantastic. After that? It turns into grind grind grind and the almighty level. It isn’t about tactics, it is about grinding out the right number of levels so that you can just overpower everyone regardless of weaknesses. The game also doesn’t change, you don’t have anything new or cool added via tactics as the game progresses (like Jean of Arc you had crafting items and transforming for example) you just have the same stagnant battles. Because the game was so good for the first 5-10 hours (a 1/1) and the rest became a bore you have the score that you see.

People don’t talk, they mumble one of two words like “CAN IT!” while the dialogue below says something like “why would you say something hurtful like that?” or you hear a voice say “Teach just got tenure!” while the dialogue below says “well you know I am the man.” There are also I think a total of maybe four songs that play while you battle, two for when it is your turn and two for when it is the enemies turn. So bottom line is that there really isn’t an audio once again.

I gave it a 0.25 purely because it was quasi-3D on the 3DS, and for that reason only.
© Ashley and Micah English and The II, 2019. Unauthorized use and/or duplication of this material without express and written permission from this site’s author and/or owner is strictly prohibited. Excerpts and links may be used, provided that full and clear credit is given to Ssenkrad_II and The II with appropriate and specific direction to the original content.