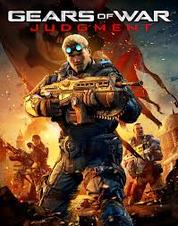 This game pains me too much to write a review. I am a huge fan of this series (Gears of War 1-3)
and this game (the “Prequel”) doesn’t deserve to be beside them. R.I.P. Cliff Bleszinski, I cry for what they did with your vision, you did an amazing job! You took a game that was a FPS and successfully pushed back against the COD crowd saying “we don’t want that COD crap!” for three straight games. And what do they do as soon as you leave? Try to make it as much like COD as humanly possible. If you were a fan of the old Gears of War (assuming you would have to be as who would be joining the series now eh?) This game is not even worth a single dollar. Too many reasons to list, too painful to even try so I shant. Oh and hey, did I mention that you can only carry two weapons now, called “primary weapon” and “secondary weapon” and you switch between them by clicking “Y”…? Sound familiar? Total crap…

Overall Value: 1/5 stars, orfree value. Would not recommend playing this game unless it didn’t cost you
anything to do so.
© Ashley and Micah English and The II, 2019. Unauthorized use and/or duplication of this material without express and written permission from this site’s author and/or owner is strictly prohibited. Excerpts and links may be used, provided that full and clear credit is given to Ssenkrad_II and The II with appropriate and specific direction to the original content.